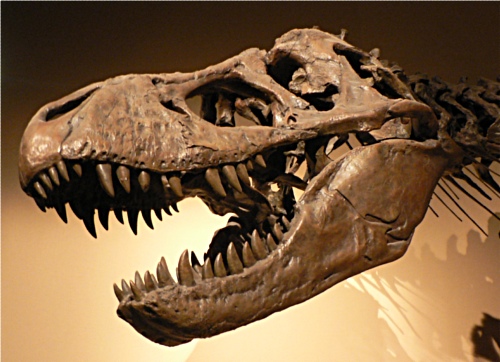 We live in a time in which the main approaches to life are empty consumerism and militant fundamentalism. These are mirror images of each other. Most people recognize, dimly at least, that neither is workable. However, alternatives are scarce. The middle position has become increasingly untenable.

Every religion faces extinction at the hands of the global consumer culture. Every religion has to figure out how to respond to the accelerating pull toward the opposing poles of fundamentalism and consumerism. This page explains three common survival strategies, and why I think they will fail—for Buddhism, at least. On the next page, I suggest that Buddhism can adopt an alternative approach—one that sidesteps these problems—one that is not available to other religions.

The slippery slope of reasonable compromise

In traditional cultures, moderate religions need little defense. They make only moderate demands on the behavior of their members. They have reasonable-sounding answers to questions about “why do we believe that?” and “why do we have to do that?” With little competition, those answers seem adequate.

The global consumer culture makes countless competing religions available. It asks questions that are skeptical, cynical, even hostile. “Why should I buy what you are selling?” Consumerism finds the answers given by all religions unconvincing.

The response of moderate religions is to concede point after point to skeptics, in hope of finding a reasonable compromise.

“You are right—the earth does go around the sun. Scripture cannot be taken literally. Still, we can learn a lot from reading it as holy allegory.”

“You are right—we have no good explanation for why a good God would have created a world full of undeserved suffering—but we know he did.”

“You are right—sex before marriage is OK. Moral rules invented by nomadic herdsmen thousands of years ago were right for the time, but things are different now. Still, there is a core of morality that was given by God.”

“You are right—atheists, on average, are just as ethical as believers. Religion is not necessary for a just, caring society. Still, for us, God is the foundation of ethics.”

“You are right—humans evolved spontaneously from apes. It seems that our existence is an accident. But we believe God created the universe billions of years ago, and he must have foreseen that accident. Our existence is meaningful, because it is observed by God.”

“You are right—there is no evidence for the existence of God, apart from the evidence of our own hearts. Still, we know he exists, because the alternative is too grim to consider.”

religion is gradually hollowed out

The problem with this reasonable approach is that religion is gradually hollowed out. Religion concedes that its rituals are unnecessary, that its scriptures were written by ordinary people with limited understanding, that the details of its ethics are arbitrary, and that its central beliefs have no real justification.

Most people see this weak-tea religion as useless. As a result, moderate sects have, in the past few decades, seen a dramatic loss in membership. This is confirmed in large social surveys polling, at least, Christianity, Judaism, and Islam. I haven’t found statistics for other major religions, but I expect it is true for them too.

Western Buddhism is falling into this trap

I suspect mainstream Western Buddhism is falling into this trap. Having quietly abandoned most of what counted as Buddhism in Asia, it is not clear that it is sufficiently different from generic humanism to remain interesting. Sometimes there seems to be little more to it than “it is good to be good—but we have nothing distinctively Buddhist to say about goodness. And, it is good to meditate—but it is not necessary, and you don’t have to be a Buddhist for that. Also, we have some dubious folk tales that you might find inspiring. Or not.”

If moderate religion is no longer attractive, what do people choose instead? Extreme religions are growing rapidly. So are census responses like “no religion,” “spiritual but not religious,” “agnostic,” “atheist,” and “none of the above.”

You can’t compromise with consumerism. If you give an inch, it will take a mile. In fact, it will take the whole universe, chew it up, and spit it out.

Fundamentalism refuses to give the first inch. “God created the universe on October 23, 4004 B.C., with vegetarian Tyrannosauruses. They became carnivorous as a result of Adam’s original sin and they all drowned in Noah’s Flood (2348 B.C.). Also, people caught wearing wool/linen blend suits should be put to death (Leviticus 19:19).” Fundamentalism is the insistence that the absurd is true, and that something very bad will happen to you—in this life or later—if you don’t believe and obey.

Fundamentalist religions rightly see themselves as under assault from consumerist forces. Those are a dire threat to every religion’s existence. Fundamentalism wrongly sees depraved barbarism—a total collapse of the moral order—as the only alternative to its rule. Fundamentalism is motivated by fear, and it propagates fear.

Fundamentalist religions cannot defend themselves on the basis of reason and cannot compromise. Their alternative is armored hostility. From fear springs aggression. The best defense is a good offense. Absurd beliefs and abhorrent practices can be maintained only by force and ignorance. Fundamentalism accumulates political power to force religion on the reluctant, and to shut out information about alternatives.

In the confrontation between fundamentalism and consumerism, I predict fundamentalism will lose. The internet and global trade make it increasingly difficult to insulate populations from forbidden knowledge.

Given a choice between Sharia and YouTube, Jesus and premarital sex, Marx and microwave ovens, I think almost everyone will take the consumerist option. That’s just as well. Buddhism’s recognition of emptiness makes fundamentalism difficult. There are versions of Buddhism with fundamentalist tendencies, but if fundamentalism were the future, Buddhism almost certainly wouldn’t survive.

Anyway, I for one would vehemently oppose fundamentalist Buddhism.

The New Age is a consumerist substitute for religion. It is a hodge-podge, taken from here and there, of superficially attractive, but mainly absurd ideas and practices.

How does the New Age escape consumerist skepticism? It has a third strategy—not compromise and not fundamentalism. The New Age has no fixed beliefs to defend—because it refuses to deal with factual reality altogether. Its view is that we all create our own realities, so whatever you believe is true—for you. You don’t believe in angelic spirit guides? No problem—they are not part of your reality—why not try quantum mysticism? It is very scientific. Crystal healing isn’t working? Try reflexology!

reality is
not negotiable

There is a grain of truth in the idea that mind creates reality. (Some Buddhist philosophies have much more sophisticated versions of it.) However, the world actually is round, not flat. This is not negotiable.

Buddhism (according to legend) began with Siddhartha Gotama’s shocked discovery of old age, sickness, and death. These are brute facts. They cannot be wished out of existence by changing your beliefs.

Much of the New Age is devoted to pretending away old age, sickness, and death; or overcoming them by spiritual means. This—pretty obviously—cannot and does not work.

For that reason, the New Age has limited appeal. And, its strategy of non-confrontation with consumerism won’t work for Buddhism.