Twilight of the isms 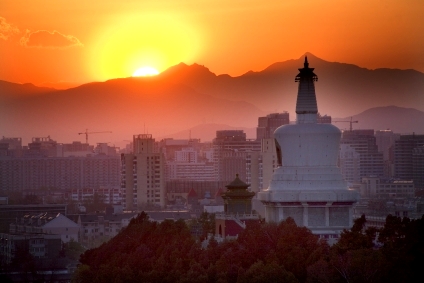 The era of –isms and –ists may be over. If so, what about Buddhism, and Buddhists?

Can Buddhism survive the onslaught of global modernization? Does it matter? What can we do now to keep Buddhism alive for future generations?

We live in the new age of a global consumer culture. Not long ago, English people ate English food, listened to English music, and talked on English telephones. Now that has changed—all over the world. Malaysians eat pizza in Kuala Lumpur; Chinese dance to Björk in Shanghai; the phones sold in Buenos Aires are designed in Finland and manufactured in Taiwan. Everything is available everywhere. And we feel free to pick and choose from within offerings. I like sushi but not tempura; I love The Avalanches’ “Frontier Psychiatrist,” but not anything else they have done.

Not long ago, when it came to making sense of life, people depended on systems produced locally. If you were Chinese, you were a Communist, because that was all that was available. If you were Tibetan, you were a Buddhist. If you were European, you had a few more choices—Christianity, psychoanalysis, Existentialism—but still not many.

We buy, reluctantly or enthusiastically, a bit of Nike, a bit of Nokia, a bit of Pepsi—but we trust those companies just as far as we can throw them. “Question authority” is intrinsic to consumerism. We know that global corporations will do whatever they can get away with. In the wake of endless scandals, we are automatically cynical about corporate propaganda.

The consumerist attitude pulls religions and philosophies down onto the same level. We regard such systems as brands or product lines. The –isms have all had their own scandals, have been critically dissected, and are widely regarded as having failed. We no longer expect to find pure, durable replacements. We treat the grand claims of spiritual systems as worthless advertising hype.

We still have the same needs that systems once addressed. We face moral dilemmas. We rail against injustice. We want to know “why am I here?” We wonder how best to use our lives. We are sure there must be more to life than mundane consumption, achievement, reproduction—but what? We need to find some way of coping with old age, sickness, and death.

Each system was—or claimed to be—a complete, coherent, consistent solution to such problems. Consumer culture has collided with those systems—and shattered them into a million jagged shards. The systems disintegrate, but isolated fragments—concepts and practices—become individual products.

We try to assemble a working, personalized set of answers from the debris. We may combine Wiccan goddess rituals with Jewish community values and Buddhist emptiness meditation. Or we practice Kung-Fu, teach Gestalt therapy, and study postmodern deconstructionism. Or we choose voluntary simplicity, practice the Alexander Technique, and rely on a channeled spirit guide—whom we don’t exactly believe in, but who gives consistently useful advice.

The risk is that the fragments do not fit together; they cannot cohere; they contradict each other. Each fragment was once part of a system that had unifying principles; the principles of each system opposed those of the others. Each fragment may carry with it an echo of the system it once belonged to. It may not function outside that context. It may actively work against other fragments from other systems, in ways that may not be obvious.

There is no point arguing about whether the end of systems is a good or bad thing. It has good and bad aspects; but it is not something we can evaluate and decide whether to accept or reject. It is, I believe, an unstoppable, accelerating force. It doesn’t matter whether it is good or bad; it is the world we live in, and probably the world everyone will live in through this century. The realistic question is what to do, once we accept it as given.

Buddhism is—or was—a comprehensive system, of the sort that now appear to be ending. On a previous page, I suggested that it may not survive this century. Its collision with modern consumer culture is the main reason I think this. It is already impossible to take large parts of it seriously. Buddhist scripture says that the earth is flat; we could not believe that, no matter how hard we tried. My guess is that Buddhism, as a coherent tradition, will dwindle into irrelevance within a few decades.

This guess may be too pessimistic. However, is at least a possibility we should prepare for. What, if anything, do we want to do if preserving traditions intact is impossible? If Buddhism can’t survive as a complete system, but fragments are likely to survive, what is worth trying to preserve and how? Such questions are the main topic of the rest of this section.