Three percent of the Dharma 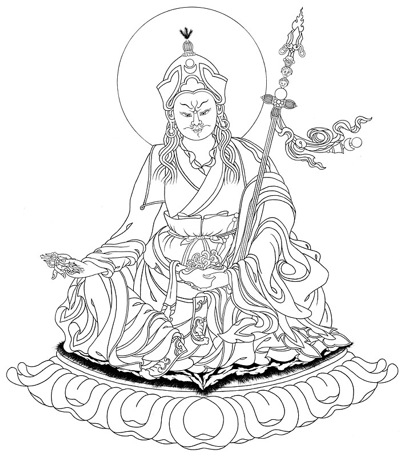 I have been practicing Buddhist meditation, more or less half-assedly, for upwards of twenty-five years. Recently it occurred to me that this is one percent of the history of Buddhism, since Shakyamuni Buddha is supposed to have lived about 2500 years ago.

That was a shock. Buddhism seems impossibly ancient, and for my little piece of it to have been a full percent seems far too much. But if we are lucky, and last for what counts now as a normal life-span, we will see more than three percent of the history of Buddha-Dharma. That is one thirtieth.

Buddhism should never be invented or deliberately added to. However, it also cannot survive if it is merely mechanically reproduced according to a recipe. Our job is not to alter Buddhism to suit our circumstances, but to work to make it relevant to our lives. This is a creative improvisational dance in which Buddhism, we, and our world interact.

The essential teaching of Shakyamuni, of Padmasambhava, of Yeshé Tsogyel, of Aro Lingma, is just as profound, shocking, relevant, and exciting as when they were alive.

We tend to think of Buddhism as something that happened long ago, far away. It has been passed down to us as an obscure holy relic that we are supposed to revere and study like a museum piece. But our fundamental responsibility is to live the view. That is the real meaning of refuge: to make the dusty teachings come alive—by seeing the world illuminated by Dharma, and acting on what we see.

2500 years ago it was Shakyamuni, a confused Indian guy who discovered something useful by sitting under a tree; and his motley collection of followers. 1200 years ago, it was Padmasambhava, a ferocious Central Asian who put on his ang-ra one leg at a time, trying to pound some sense into the heads of a bunch of blood-thirsty barbarians; and his lover Yeshé Tsogyel.

In our practice, we rely on Yeshé Tsogyel and Padmasambhava to show us dharmakaya and sambhogakaya; but they are relying on us to show nirmanakaya.

Let’s not let them down.