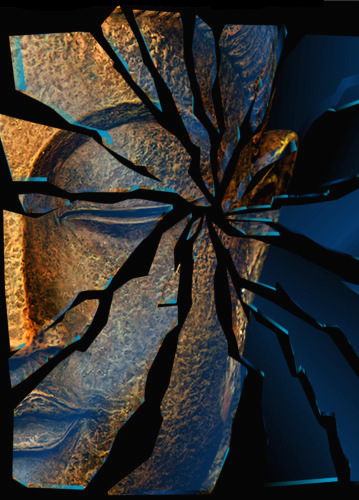 Here are three facts about Eckhart Tolle that, together, might shock you:

By that measure, Tolle by himself is more successful, or appealing, than all of Buddhism. Shouldn’t that bother us?

More about that in a minute. But first:

Tolle is one example of the “shattering” of Buddhism in its collision with consumer culture. Buddhism as a complete, coherent tradition is increasingly superseded by Buddhist shards entering popular culture. Pieces that do not seem appealing or understandable are ignored, or even explicitly condemned. Attractive concepts and practices are isolated and taught in new, often non-Buddhist contexts. Buddhism is broken down and re-configured in many ways:

It is the last of these that is most interesting to me. Even in the best case, Buddhism seems likely only to be the religion of a small minority. In the worst case, I fear it may go extinct in this century. In either case, if bits of Buddhism escape into the thought soup, they may be able to benefit billions.

That brings us back to Eckhart Tolle, who teaches parts of Buddhism without calling them that. Some of his success is due to a business relationship with Oprah Winfrey. Each episode of her television show, on which he appears often, is seen by about 10 million people. My guess is that few Oprah viewers are Buddhists, or would ever consider becoming Buddhists. Eckhart Tolle is probably the closest they will ever come to Dharma.

I think that, as Buddhists, we ought to have strong, mixed feelings about this. Better Eckhart Tolle than nothing, surely. If millions of Oprah fans get a basic understanding of the kleshas, of the workings of ego, of awareness, and of meditation, that must be a good thing. Considered as Buddhism, though, his teaching is seriously distorted. (He openly presents it as a mashup, so considering it as Buddhism is unfair.)

If Tolle were a massively popular teacher of Yazidism, he would be no concern of ours. But what he teaches is almost, or mostly, Buddhism. Why can’t actual Buddhism reach as many people as he does? What is he doing right that we are doing wrong? Or is his mashup inherently more appealing—or even, more useful—than Buddhism? I don’t know. (Maybe you have ideas?) Here are some plausible answers:

The problem is “Buddhism.”

The word “Buddhism” immediately locks out many people. Some have allegiances to other religions, so they refuse to consider anything labeled with the name of a competing brand. Others have wrong ideas about what “Buddhism” is, based on the way it has been marketed in the past twenty years.

Perhaps if someone were to teach straight-up Buddhism without ever using the word, they would be as popular as Tolle.

I doubt this. I think the word “Buddhism” is a significant obstacle, but that can’t be all that is going on.

His presentation does a better job of explaining Buddhism to beginners than anyone else’s.

This may be partly right. His books are not well-written. However, they do have an actual idea on every page. (“Self-help” books, where his are classified, usually have about one idea each, or at best one idea per chapter; the rest is filler.) And, each idea is mostly self-contained. So he presents a series of bite-sized pieces that are genuinely substantial. These are ideally suited for slipping into the thought soup.

It’s about him, not what he teaches.

I’ve watched some of his videos on YouTube. His way of speaking is appealingly friendly and cheerful. He comes across as explaining things very clearly and simply, so that they seem obviously right. After a ten-minute video, however, I had only the vaguest recollection of what he had said. (“It was sort of about awareness and space, I think.”)

Perhaps he is such a skilled speaker that he could explain off-balance-sheet financial derivative accounting and make it seem fascinating, profound, and sensible. Although you might not come away with an entirely detailed understanding.

It’s an accident. He’s a TV personality. He is famous for being famous, and is about as significant as Paris Hilton.

Chance is always a factor. But I doubt it is the explanation here. Anyway, what we really want to know is not why Tolle is successful, but what we can do to make Buddhism available to more people.

The pieces he adds to Buddhism, and the ways he distorts it, are what make his teaching palatable.

This is the most interesting, and unsettling, possibility—that what he teaches, not how, is critical.

Tolle’s key differences from Buddhism, I think, are instances of “eternalism.” Eternalism is understood differently in different Buddhist yanas. Here I mean the beliefs that there is some sort of soul or “deep self,” and that there is some sort of Cosmic Plan, Higher Consciousness, God, or what-not. For eternalism, the Cosmic Plan is the source of everything truly good, and it makes everything meaningful. What is important is to get your “true self” into the proper relationship with it.

Eternalism is enormously attractive to most people, because it suggests that if only you follow the instructions, everything will come out right. That is a great comfort, as it eliminates the possibility that, despite doing our best, we will come to a bad end.

Tolle may be successful as a result of wedding the most attractive aspects of Buddhism with a comforting eternalism. His eternalism is vague enough to offend no one who is not strongly committed to another religion.

Unfortunately, eternalism produces vast suffering. Just in living, we constantly observe that most things happen for no particular reason, that most experiences have no particular meaning, and that life gives no guarantees. (These are manifestations of emptiness; eternalism is the denial of emptiness.) If we believe that goodness comes only from the Cosmic Plan, we will mistake evidence against the existence of the Cosmic Plan as evidence against goodness. That throws us into confusion, anxiety, and depression.

The understanding of emptiness as good news is, I think, the most unusual and valuable feature of Buddhism. As Buddhists we are glad that we don’t have to fuss with our souls, delighted that God is not telling us what to do, and ecstatic that we can experience things simply as they are—rather than in terms of what God meant them to be.

Unfortunately, emptiness is the aspect of basic Buddhism that, although central, is probably least initially attractive, and most difficult for outsiders to comprehend. And that may be why Tolle sells more books than all Buddhists put together.

[Update: I have written more about Eckhart Tolle on my Meaningness site.]