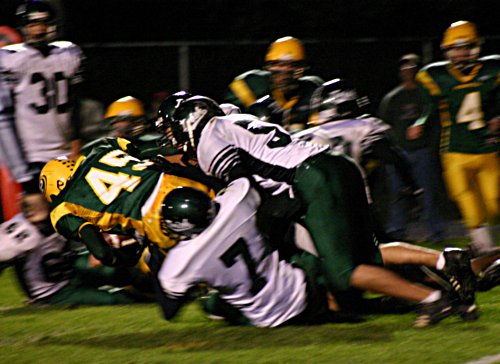 Sometimes people express strong opinions about things they know almost nothing about. Where do they get these opinions? Why do they seem to care so much? And if they do, why don’t they learn more about whatever it is?

Some people have passionate opinions about what kind of bag you should ask for at the supermarket check-out. If you ask for the wrong kind, you are a bad person. You probably whack endangered baby seals for fun.

I don’t have an opinion about which kind of bag is the right one. Paper and plastic bags both have environmental impacts, of different sorts that are hard to compare. Coming to a meaningful opinion would be difficult. The difference also seems insignificant relative to the environmental effect of other lifestyle choices. Still, these points don’t stop everyone. Fervent advocacy of paper or plastic is not usually based on knowledge, nor are advocates interested in learning more.

So why do some seem so sure? Because paper-versus-plastic is a way of proving that they belong to a particular social group, and that they are good people according to the standard of that group. As with so much in Buddhism, it comes down to anxiety about anatman—the fact that we do not exist in any definite way. We insist on the right kind of bag to prove that we are that kind of person. We demand paper (or plastic) to be accepted by a particular group. Being a member of the group defines us—as a member—and thereby proves that we do actually exist.

This is a big part of football fandom, as far as I can make any sense of it. (Pro ball has always been pretty mysterious to me.) It is intrinsically meaningless which team wins. Fans give it meaning by cheering their team and booing the other guys. Being on the side of the Snorklewacker team defines you as a particular sort of person. Supporting the Capital City Snorklewackers and hating their rivals makes you a good guy—among Snorklewacker fans. This is not too harmful, as long as fans recognize (at some level) the emptiness of their feelings. Occasionally, when that emptiness is misunderstood as form, violence erupts.

Unfortunately, people do this with religion, too. It is not enough to be happy with your sect. Dissing the members of other sects proves that you are a fervent and upstanding member of your own.