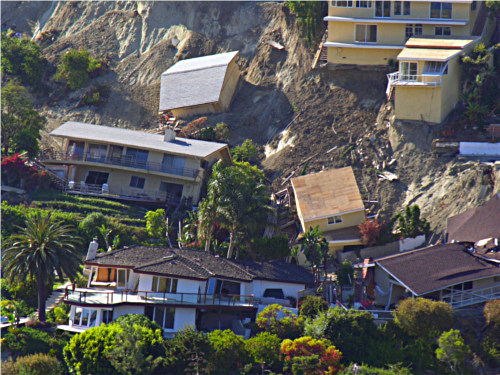 “Yana slip” is presenting higher Buddhist yanas in terms of lower ones. This can cause a lot of confusion until you understand the pattern.

A “yana” is an approach within Buddhism. Each yana has its own principles and methods. They are quite different, and even apparently contradictory. According to the Nyingma tradition, there are nine different yanas. Ultimately they are compatible. But they are compatible only when each is clearly understood in its own terms, and when the relationships between them are also clearly understood. This adds considerable complexity to Tibetan Buddhism. However, different yanas are valuable to different people, and to each of us at different times.

The nine yanas are ordered from “lower” to “higher.”

Each yana has its own conceptual framework—its own way of speaking and thinking. Each yana can also be explained using the concepts of any other yana.

Buddhism tends to “slide down” the yanas. Over time, the higher yanas come to be explained more and more in terms of lower ones. This is what I call “yana slip.” (I just invented the term; there doesn’t seem to be a standard word.)

There is a good reason for this, and a bad one. The good reason is that teachers want to make Buddhism as easy as possible for students. The lower yanas tend to make more emotional sense, especially for those with little education or experience of Buddhist practice. Yet, naturally, Buddhists want the “fastest, most powerful” teachings. Explaining the higher yanas in terms of the lower yanas seems a natural way of helping “ordinary people” understand them. Unfortunately, it may result in misunderstanding, not understanding.

The bad reason for yana slip is that the higher yanas threaten established religious and secular power structures. They empower individuals—ultimately, making them Buddhas. Those who practice the highest yanas see themselves as responsible ultimately only to their Lamas—not to any hierarchy. Hierarchies find that a problem.

Here are the most common yana slips in Tibetan Buddhism, from top to bottom:

Buddhist history shows a saw-tooth pattern of gradual slides and sudden upward leaps. Yana slip continues gently over a few centuries, without anyone really noticing, until the higher yanas are almost entirely forgotten. Then, suddenly, some inspired genius recalls, and recreates, and reestablishes the higher teachings. (Usually this is vigorously opposed by conservatives.) His disciples slip slightly, and their disciples slip slightly more, and so it goes, until again the situation becomes so dire that radical renewal is required.