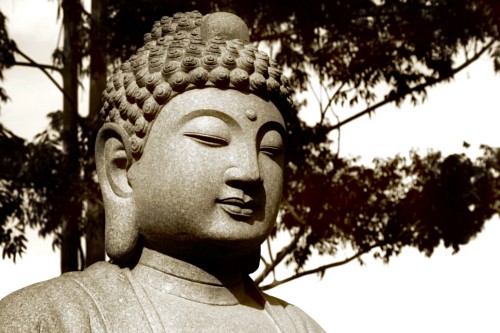 That’s a pity. A nice, safe Major Leading Brand, generally considered reliable, would save the trouble of making a choice. Some adventurous souls could try out esoteric minor brands, but most of us wouldn’t bother.

Unfortunately, every form of Buddhism is considered illegitimate by many others. Some Theravadins say that only the Pali scriptures are valid, and all other “Buddhism” is heresy based on forgeries. Some Mahayanists consider that Theravada is based on a wrong understanding of a subset of fundamental Buddhist principles. Some regard Vajrayana as primitive ritual demon-worship that has no real connection with Buddhism. Some Vajrayanists say Mahayana is fine as far as it goes but cannot take you all the way to enlightenment.

The four Tibetan Vajrayana schools have been in heated political conflict for a thousand years. Some say privately that only their school is valid and the others should be suppressed. Some say that all termas are human creations and inauthentic. Some say that Tantra is not a proper yana and that its practices are simply methods for accelerating Mahayana. Some say that Dzogchen is a foreign heresy and not Buddhism at all.

This history of controversy fills volumes. To say more—or even this much—risks putting you off Buddhism altogether:

“Buddhism is supposed to be the religion of peaceful acceptance! If I had known that there was so much internal conflict, I would never have been interested in the first place!”

Fortunately, most Buddhists successfully ignore the politics, so it need not deter you.

the uncomfortable and delightful necessity of choice

In the East as well as the West, most people adopt the religion of their parents and neighbors without thinking about it. For Westerners attracted to Buddhism, that is usually not an option. We are faced with the uncomfortable (and delightful) necessity of choice.

That is the subject of this site: how to go about selecting, gradually entering, and perhaps eventually committing to a specific Buddhist tradition.