“Buddhism is for boomers” 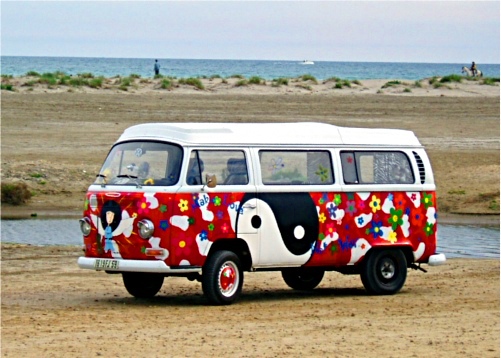 Buddhist organizers are severely worried. The average age of ethnically-Western Buddhists is well over 50; and ones under 40 are scarce. Unless something changes, Western Buddhism will decline drastically over the next few decades, as the baby boomers die off. There has been much discussion of why this is and what to do about it.

My guess is this is actually not a Buddhist problem, and not a Western one. I think it is mainly due to the shattering of all systems in their collision with the global consumer culture (discussed on the previous page). Younger generations are decreasingly interested in taking on any system as a whole. If that is right, the problem is even more serious than most Buddhist organizers realize.

On the other hand, I will suggest that Western Buddhism is uniquely qualified to address the underlying problem. We have an extraordinary opportunity, along with the extraordinary danger.

A bit of cultural history

The baby boom generation grew up in a world that had a coherent mainstream culture. Although more than one source of meaning was available—you could be a Marxist or Freudian—those were marginal; and anyway they were offshoots of the main Western culture.

As the boomers came of age, in the 1960s, they found the mainstream culture restrictive and wrong-headed. They set about creating a counter-culture. At first it seemed that a coherent alternative youth culture could be created in opposition to the mainstream. In the 1970s, it became obvious that inventing a new culture is difficult, and also that young people had different ideas of what was important. In a spirit of openness, many alternatives were tried. Among these were religions imported from Asia.

Meanwhile, the former mainstream culture was sidelined. Rejected by most boomers and subsequent generations, it is now a quaint little subculture of its own. No other subculture has become dominant (nor does it seem feasible that any will). The result is that, since the 1980s, the West has had no mainstream culture.

Why the post-boomer generations aren’t Buddhist

Anyone born in a modern country after 1970 has never seen an intact cultural tradition (unless they have travelled to a poor country that retains one). Those under 40 have never seen a religious system that is not falling apart at its edges.

Religious systems have shattered, under the influence of the global consumer culture. The consumer attitude is “I’ll take whatever I want and leave the rest—a bit of this, a bit of that—why should I have to commit to anything?” In the New Age, fragments of dozens of religious systems were re-combined in a spiritual stew.

For most under 40, the idea of a religious system as a total answer to life makes no sense. “Becoming a Buddhist” (or “becoming an Anything-ist”) makes no sense. Buddhism is one subculture in which you may participate, but it is not something that could have a claim on you. The perceived demand that “you have to belong to Buddhism, because we have all the answers” seems like just one more delusional boomer power-trip.

Getting clear about the problem …

This is not a Buddhist problem. It is a problem for every religion—certainly for every “moderate” religion. (Fundamentalist religions are currently doing well, but as I’ll explain later, I think that is temporary.)

It is also not a Western problem. As traditionally-Buddhist countries modernize, young Asians seem even less interested in Buddhism than their Western counterparts. (More about that later, too.)

If this diagnosis is right, then remedies to the perceived problem “young Westerners aren’t interested in Buddhism” won’t work—unless the problem is recast as “people who grew up without a coherent mainstream system are not interested in switching to alternative systems.”

… and about the opportunity

Few religions seem capable of coping with our current cultural condition. Any path forward must acknowledge what is right about the consumer culture, while also showing a way beyond consumerism’s failures.

The consumer culture continually corrodes any traditional or rigid system. The New Age—if you can call it a religion—is perfectly compatible with the consumer culture, but fails to challenge its inherent contradictions.