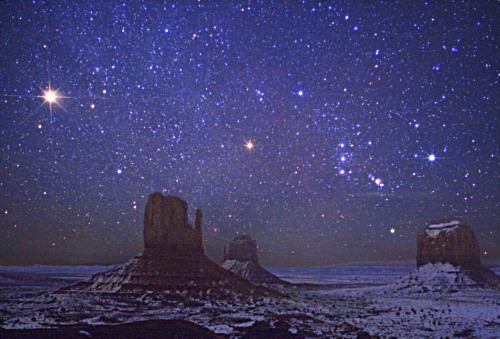 In theory, at least, all Nyingma lineages and Lamas teach all the yanas: Sutra, Tantra, Dzogchen, and their subdivisions. However, most teachers concentrate on a particular yana, whose style flavors their teaching of other yanas.

Because the yanas are extremely different in approach, one of the most important factors in choosing a lineage and teacher is the yana they emphasize. So in approaching Buddhism, a clear understanding of the principles and functions of the yanas—and their non-conceptual “feel”—is invaluable.

Buddhism is not a one-size-fits-all religion

Because we are each different, we find different Buddhist paths to be the best “fit” for our personalities and capabilities. Buddhism is not a “one size fits all” religion. This page is meant to help find a good “fit” on the basis of yana. To speak of the yanas in terms of practical advantages and disadvantages, as if I were reviewing bathroom cleaning products, is crass. It seems disrespectful. However, for Buddhism to be useful, it has to be a tool for everyday use–not a holy abstraction venerated on Sundays.

Each yana has a base, path, and result. The base is its prerequisites: where you need to be to begin. The result is where it takes you. It is only possible to practice a yana whose base you are at, and only useful it its result is where you want to go.

The path of each yana has a texture or style or flavor. Most of our time as Buddhists is spent not at the base or result, but on the path. Unless its texture suits us, we will not be motivated to practice.

The base of Sutra (which includes most forms of Buddhism) is recognition that there is something wrong with our understanding of worldly satisfaction. That makes most Westerners qualified for Sutra. The path is renunciation. One withdraws from the world to prevent its pleasures and pains from roiling one’s emotions. Accomplishing this project is generally incompatible with having a family, job, or non-religious interests. (That is why there are monasteries.) The end point of Sutra is recognition of emptiness—which is not full enlightenment, according to some other Buddhist views.

Sutra is effective for many. It is impractical or unattractive for those who are unwilling to give up on full-spectrum living, or for whom emptiness does not seem to be the whole story.

The base of Tantra is realization of emptiness. That generally requires several years of dedicated meditation practice. Accordingly, you may not yet be qualified to practice Tantra. However, you may be inspired by the prospect of the path: brilliant, dynamic, magical, tempestuous, awe-inspiring.

In that case, fortunately, you are qualified to practice Tantric ngöndro. A ngöndro is a set of practices that brings you to the base of a yana, and that have the same texture as the yana. Tantric ngöndro has the same result as renunciation—realization of emptiness—but feels like Tantra.

The path of Tantra is extraordinarily complex. It requires mastery of vast masses of unlikely-sounding doctrine and arcane ritual. It involves deliberately provoking your negative emotions, which can be horrifying, and can actually drive you crazy. Tantra is dangerous. For some, all this may be attractive; for others, not.

Dzogchen is sometimes called the “highest teaching of Buddhism,” and “the fastest route to enlightenment.” Some are attracted to it for that reason. That would be a mistake. The best teaching is whichever is most useful to you, now.

The base of Dzogchen is rigpa, or momentary enlightenment. Rigpa is elusive, and few are qualified to practice Dzogchen. If you are now approaching Tibetan Buddhism, you are highly unlikely to be.

So what use could Dzogchen be, if it is all about something you can’t do? Again there is a ngöndro, which brings you to the base (rigpa) while practicing in the Dzogchen style. Its only prerequisite is willingness to practice. So if the Dzogchen style seems a good fit, this is a good starting point.

Dzogchen is elegant, clear, powerful, practical, and simple. These are virtues beloved of scientists, engineers, and businessmen such as myself. Dzogchen is the yana that most inspires me.

It is, however, rather dry and abstract. To make sense of it requires inspired transmission and explanation from a Lama, plus probably either years of shinè meditation practice or unusual intellectual capacity.

Dzogchen’s world-view is exceptionally compatible with modern Western culture. So much so, in fact, that it may be misunderstood as simple common sense. That would be to miss how extraordinarily radical it is.

It is valuable to understand the Dzogchen view intellectually even if you practice other yanas. Understanding Dzogchen makes the other yanas make sense, for me at least, in a way they do not on their own terms.

I am not capable of practicing Dzogchen. I practice Dzogchen ngöndro; but I also practice aspects of each of the other yanas, including all eight of their subdivisions. I practice them with Dzogchen style: with simplicity, clarity, and openness.