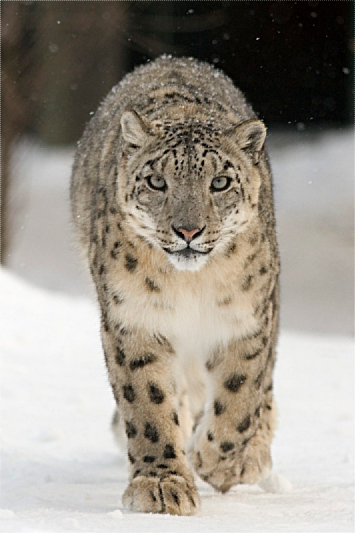 Fundamentalism and consumerism appear to be polar opposites—but both are right. Both are also wrong—but the truth is not halfway between.

Fundamentalism claims to know the ultimate Truths of meaningfulness. It says ultimate purpose lives somewhere else—with God, the sacred, or in the future. The ordinary world has no real value.

Consumerism says nothing is sacred. There are no ultimate meanings. Nothing has a purpose beyond the ordinary obvious. The best we can do in life is to gobble as many goodies as we can—material things, and also personal gratifications like fame, relationships, and experiences.

We are torn between these approaches, because each explains some aspects of our experience, while clashing with others. Most religions try to find a mid-point between these extremes—but that does not work.

Buddhism—in some forms, at least—is a religion of methods, not Truths. It is immune to consumerism’s skeptical critique, because it has no ultimate claims to defend. The New Age, which also defends no ultimate truths, does that by abandoning reality altogether. Buddhism is realistic, and recognizes pragmatic, non-ultimate truths.

The Buddhist understanding of the non-duality of form and emptiness shows clearly what is right and wrong about both fundamentalism and consumerism.

Meaning, like everything, has inseparable aspects of emptiness and form. Meaninglessness and meaningfulness are entwined in an endless dance.

Buddhism resolves this contradiction by recognizing all meanings as real but ambiguous. This is an alternative that is not a mid-point: it fully affirms what is right about both extremes, without taking on their mistaken fixations and denials.

Explaining this resolution in detail takes a long book. (But also see the Aro Introduction “purpose” page—especially “The Way of Being”.) Here I will offer only an allusive hint of ways in which Buddhism can affirm both meaning and meaninglessness, without mistakenly fixating either.

Yes— the meanings we find are genuine; and meaning matters. We may find anything or everything meaningful. Meanings are endlessly various; delightfully diverse. We continually uncover new aspects and levels of meaning in existence.

Yes— meaning is not a human creation. It is not merely an individual choice, or a cultural convention. There are sources of meaning greater than us, which we do not comprehend, and may never comprehend.

Yes— meaning is neither objective, nor subjective. (Meaning arises in the interaction between subject and object.)

Yes— our lives have purposes far beyond satisfying our instinctive hungers. Creativity and compassionate activity are right uses of human being. Audacity, commitment, and generosity give our lives meaning.

Yes— we have no “true mission” in life. Ultimately, there is no purpose in living. Whatever we gain for ourselves is lost in death; whatever we accomplish will be forgotten soon after. There is no guarantee of reward or punishment in the hereafter.

Yes— we have too little time to waste it on mind-numbing entertainment or soul-destroying work. Despite endless temptations, and seeming practicalities, it is better to devote ourselves to what matters.

Yes— anything we appreciate has true value. Nothing is inherently trivial, uninteresting, or worthless. Casual enjoyment is inseparable from creative compassion. It is a proper goal in life.

Yes— we must be realistic: we are apes who have become perhaps too clever for our own good. Our brains evolved for the lives of social mammals, concerned with feeding, safety, reproduction, and social status. That’s mostly what we still care about and are good at. The world, and other animals of our species, matter mostly only when they are useful or threatening. When our brains get Big Ideas, they often lead us off a cliff. Like other animals, our destiny is to live briefly, spawn possibly, and die certainly. When we die, we die, ultimately, alone.

Yes— we must be realistic: humans are magnificent. We are brilliant at the most amazingly different activities. We can rely on each other to co-create domains of beauty and value. We are all capable of remarkable altruism, invention, and good humor; this is available to everyone, in every moment, not just special people. We live in a world that is fascinating for its own sake, beyond our hopes and fears. When we open to, and enjoy, its vastness and inherent meaninglessness—we discover awe; and glimpse the ultimate nature of being.