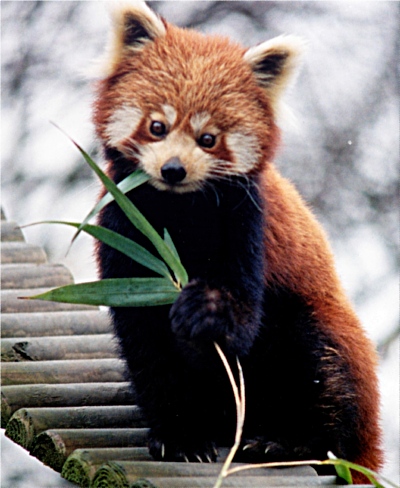 Buddhism may not survive this century.

That might sound alarmist. Buddhism has been around for 2500 years. It has three or four hundred million adherents currently—as many as the total population of the U.S. or Europe. In fact, it is unlikely that Buddhism could completely disappear in the next 90 years. But I think it could easily dwindle into irrelevance. If it exits the century with no ability to influence the global culture, it might as well be dead.

Buddhism faces three threats—two old and one new. The old ones are internal degeneration and external oppression; the new one is Buddhism’s collision with the global consumer culture.

I discuss the first two threats on this page. The new threat is probably the most serious, so I will discuss it in detail on a separate page.

Internal degeneration has been a problem for Buddhism from the beginning. According to legend, the first thing Buddha thought after attaining enlightenment was “Oh, wow.” The second thing he thought was “Everyone has always been like this.” The third thing was “Nobody is going to understand this. Trying to explain it would be a complete waste of time.”

Luckily, he changed his mind. But Buddhism has remained counter-intuitive, unappealing, difficult, and often misunderstood. There is always a danger that, as it passes from generation to generation, the heart of the matter will be lost. There are two risks: of sterile orthodoxy, and of misguided reforms. Both have happened frequently, despite best intentions; and (ironically) due to best intentions; and also due to bad intentions.

There’s many things we can do help Buddhism survive, and to resist degeneration. We can make sure that texts are translated and reproduced accurately. We can insist that teachers be qualified and accredited. We can check current teaching against historical records to make sure it does not wander. We can create institutions whose job is to make sure all those things happen. On a national scale, this requires a large, expensive bureaucracy. Its activities are likely to be resisted by enemies of the true teaching. Almost everywhere Buddhism has been successful, it has had official state support. We can work to establish Buddhism as a state religion; then we can use the state’s resources to fund institutions and stamp out wrong ideas. Usually the state will demand certain changes in what we teach, in exchange for its support, but that will be reasonable price to pay to ensure Buddhism’s survival . . .

Obviously, my last paragraph got increasingly satirical. The problem is that honest efforts to preserve Buddhism can head down a slipperly slope to rigid, sterile orthodoxy. This has happened over and over through Buddhist history. As we slide further down that slope, essential principles and functions are forgotten. Experiential understanding is replaced with scholarship; then scholarship is replaced with text-worship. Living practice turns into rote ritual performance. Yana slip occurs as explanations are watered down for mass consumption.

This pattern comes from our liking form and fearing emptiness. Our response to emptiness—the possibility that Buddhism will change or be lost—is to impose form. We try to control the situation. But often the result is that Buddhist words and forms are saved, but their meanings are lost. As religious control is imposed, Buddhism becomes useful to the state as a means for social control. After two or three hundred years, Buddhism becomes little more than a repressive ideological tool of the ruling class.

At that point, Buddhism must be revived, renewed, reformed, recreated, by a hero. A hero is required for the task of creative destruction. When form is locked into place, it must be shattered to create the empty ground on which something more dynamic can arise. This cycle of gradual slides into repressive rigidity, alternating with sudden renewals, appears throughout history, in every Buddhist culture. 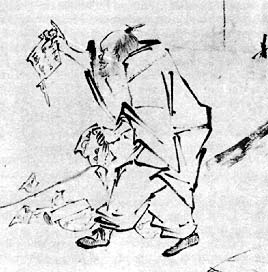 Hui Neng tears up the sutras. Essential Buddhism depends on lived experience. Book-learning is useful as a tool; but when it becomes the goal, Buddhism dies.

When a hero breaks through orthodoxy and re-forms Buddhism in empty space, a new lineage begins. Usually, the founder claims to be restoring the Buddhism of the Good Old Days, before the past few centuries of degeneration. This may be partly true, but it seems that each reformation requires innovation. Even if it were possible to recreate the Buddhism of the Good Old Days, it probably wouldn’t work very well in the ambiguous present day.

Many people would like to be heroes. Not all of them are capable of producing a version of Buddhism that is genuinely helpful for their times. Some have probably been more interested in personal gain and glory than in being helpful.

Possibly the only thing all Buddhists can agree on is that most reform movements have gone astray. Of course, we Buddhists do not agree on which were accurate and which were wrong-headed. That is why there are thousands of Buddhist sects, with extremely diverse doctrines and practices.

So, in opposite ways, attempting to preserve Buddhism as it has been, and attempting to reform it to be helpful in the present, are both risky. This is the dance of form and emptiness.

Modern circumstances do not help resolve this dilemma. In fact, rapid social change makes the risks all the greater. All we can do is to try the best we can, while keeping a skeptical eye on our own motivation, whether we are engaged in preservation or renewal or both.

History is full of fanatics with some One True Religion forcing it on others. Sometimes they succeed in completely wiping out alternatives. Many religions have gone extinct this way.

Buddhism may be exceptionally vulnerable, because it is less willing than most to use violence in self-defense.

Buddhism has competed for survival with Hinduism in India, Shinto in Japan, Confucianism and Taoism in China, Bön in Tibet, and so on. In these cases, uneasy truces were formed.

Currently, this seems less of a threat in the West. Buddhism benefits greatly from the liberal principles of individual religious freedom, separation of church and state, and tolerant religious co-existence.

However, these principles are themselves under constant attack. Large minorities in Western countries want to establish theocracies, and constantly agitate for restrictions of religious freedom.

We cannot be complacent about this. I make regular donations to the American Civil Liberties Union. In the U.S., it defends freedom of religion, and freedom from religion, almost single-handedly.

There is an interesting interaction between the internal and external threats. Several studies say that Christian evangelism in traditionally-Buddhist Asia works in some places and not others. It fails where Buddhism is actually practiced by lay people. In places Buddhism has sunk into irrelevant, dead institutional orthodoxy, Christianity is more appealing, and gathers many converts.